Norristown is quickly becoming an area attractive to young people. Downtown Norristown offers population density and a true downtown experience in the middle of suburban Montgomery County. The greater Norristown area is home to a diverse range of residents, including owners and renters, affluent households, middle class families, and persons of more modest means.

Norristown and the communities surrounding the municipality all experienced population growth between 2000 and 2010. In Norristown, new families with children are moving into homes formerly occupied by seniors.

Norristown's population growth has far outpaced that of the area. The Commonwealth of Pennsylvania increased by only 3.4% over the same period.

A vibrant and multicultural neighborhood commercial district on West Marshall Street has emerged in recent years and new businesses and investment are coming to downtown Norristown. 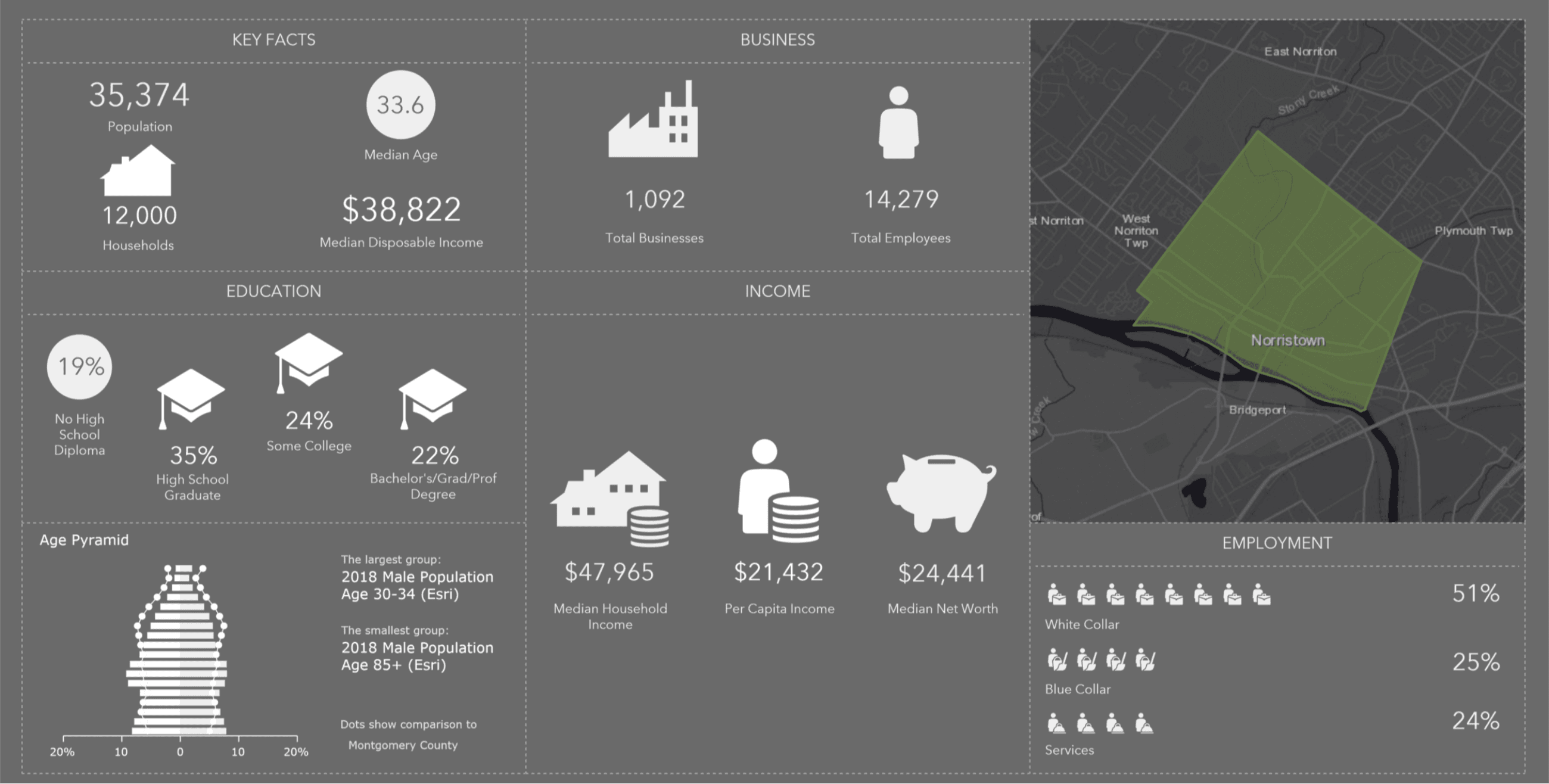