Norristown is the strategic place to start or expand your business. 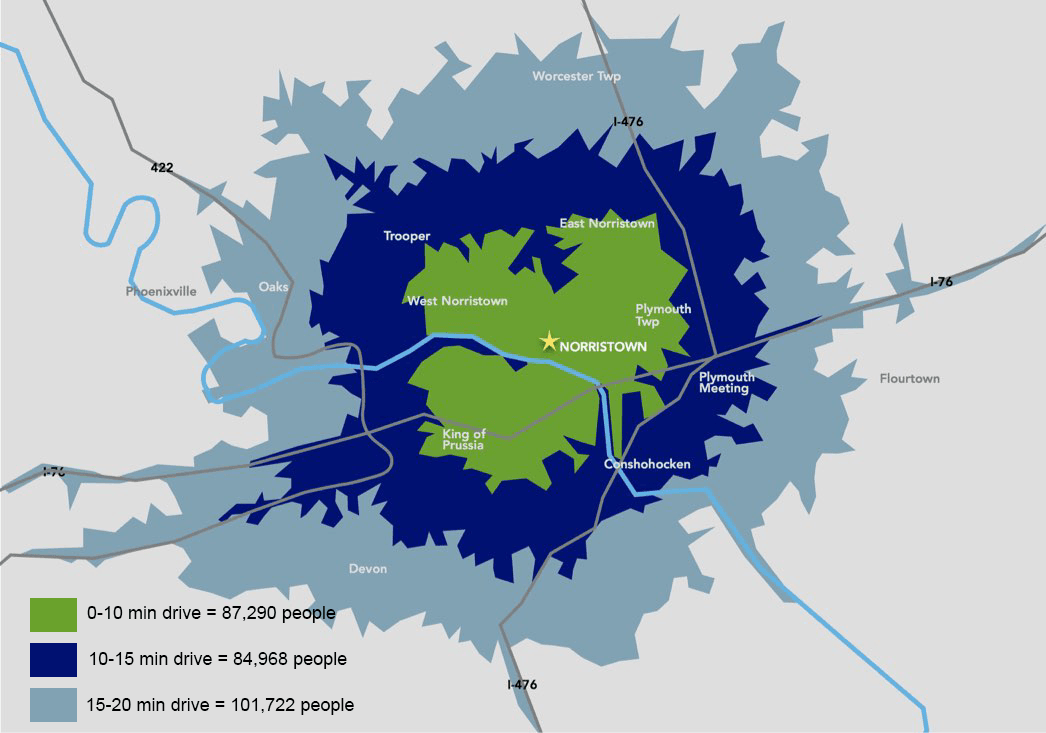 Commercial opportunities in Downtown Norristown have high visibility and convenient access from main thoroughfares. Average annual daily traffic (AADT) counts are more than 14,400 on Main Street between Dekalb and Markley Streets, more than 9,000 on Dekalb Street between Lafayette and Airy Streets, and 27,300 on Markley. The planned conversion of Dekalb to a two-way street would serve to improve access to Downtown Norristown, as well as bring greater visibility to businesses along Dekalb Street.